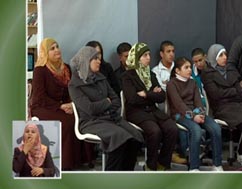 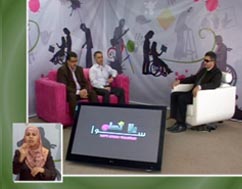 The project Let’s Dream Together / All Children Together aimed at integrating youth with special needs in the community and at raising public awareness of their rights, talents and capabilities to be productive and independent.

Fifteen students (ages 18-30) with special needs were trained in the use of cameras and the techniques of film editing.  Nine talk shows presenting success stories and discussing special needs issues, problems and facilities were produced and broadcast on AQTV. The show’s moderator itself was an individual with special needs. The students participated in developing the concept, the filming and editing of the programs, thereby learning theoretical and practical TV production techniques, which will increase their chances of finding a permanent employment in media in future. Furthermore the Institute produced a DVD on special needs youth’s integration and distributed copies over schools and youth clubs to promote the rights of special needs youths in the broader community.