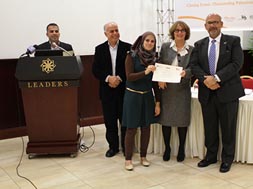 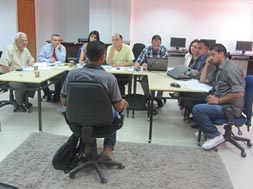 The objective of this project was to strengthen the capacity of upcoming journalists and to improve the compatibility between them and the demands of professional local media outputs.

In phase one eleven recent college graduate were given the opportunity to get work experience in four major media outlets.  In phase two 28 recent graduates and media students from all over the Westbank and the Gaza strip interned in nine local media outlets. The interns developed their professional skills and developed material that was published in the respective outlets. It was indicated that some positions were to be opened in the near future and that the interns were to be priority candidates.

Funded by the Consulate General of the United States Jerusalem