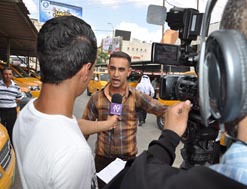 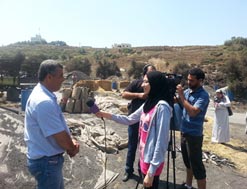 The objective of the project Youths for Justice: Building Trust in and understanding the Rule of Law was to enhance the perception and knowledge of the justice system of young people in particular and the community in general. It was aimed to build trust through training, peer- education efforts and extensive use of media in governmental and private schools in Jenin.

A core team of 20 selected pupils and 10 of their teachers were trained to become facilitators in advocating the justice system, promoting the concept of the rule of law and rebuking myths and misconceptions about the justice sector.

The pupils produced three documentaries, five radio reports and 20 written reports that got published in the Ministry of Education’s magazine “Maseerat al Tarbiyeh”. Moreover they conducted peer-to-peer workshops for fellow pupils and community members and were involved in the production of four talk shows on the subject.