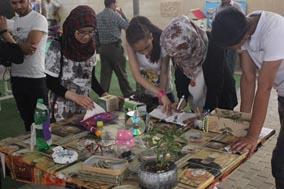 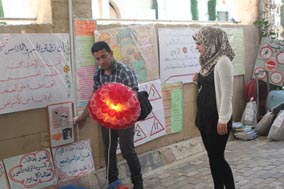 The objective of the Environmental Knowledge Fair was to increase the impact and influence of the grantees from the Global Environmental Facility Small Grant Program (SGP) on civil society and on the policy level.

A variety of awareness-raising and outreach activities were set up including a website informing about relevant environmental problems, the production of several documentary and in-dept reports on pressing environmental issues and the publication of a Who-is-Who brochure informing about key actors and their contacts.

On the Knowledge Fair itself, participating NGOs set up information-stands to present themselves to other NGOs, the donor-community and decision-makers as well as the wider public. Lectures and discussion rounds were conducted and filmed to be accessible to a wider public in the aftermath of the fair. A lounge for networking and discussions and a “Fair-in-the-fair” with private sector companies and cooperatives presenting ecological innovative products was set up. Moreover, capacities-building workshops for NGOs working in the environment protection were conducted. In the aftermath of the fair the most read local newspapers, AQTV and Hona AlQuds Community Media Network, covered the fair.