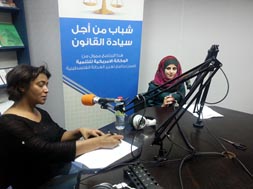 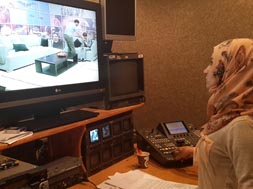 The overall objective of the proposed project was to enhance the understanding of and the trust in the rule of law and the justice sector by increasing relevant capacities of young people. The project focused on the areas Abu Dees and Alezariyeh as they are characterized through significantly weak law enforcement.

40 young people were enabled to use their respective capacities to act as advocates for the rule of law in their community. Concretely 20 law students received training in media skills and produced three radio and three TV talk shows and subsequently have increased media competency, which they will be capable of transferring and practically applying in their professional life. Furthermore, 20 school children were trained and transferred their knowledge on the rule of law and the justice system staging 5 mock trials on the basis of case samples. The model court plays were acted out in front of an audience as well as filmed and edited into videos.

All materials produced within the project were used to raise awareness and advocate for the Rule of Law and the justice system, targeting the public at large, through broadcasting, airing and uploading of the material as well as the dissemination of 500 DVD copies.