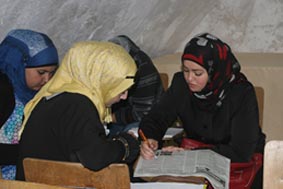 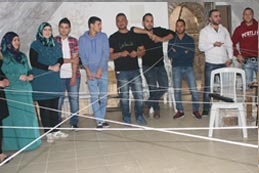 The overall aim of the project Youth as Citizen Journalists was to contribute to the well-being of youth from East Jerusalem and the surrounding areas by enabling them to be an active part of their community, providing them with tools and a platform to raise awareness of their situation within Palestine and beyond and work on overcoming the growing gap between the population of the West Bank and East Jerusalem through the means of media.

The project aimed to empower a group of 30 disaffected East Jerusalem youth between the ages 18 and 24 from different backgrounds and areas through increased media capacity and training to become citizen journalists within the framework of the Hona AlQuds community media network located in the Old City of Jerusalem.

Following a training on the theoretical basics and the three practical aspects of journalism (TV, print and radio) the trainees produced altogether 90 reports on issues of their concern that were either to be published, aired or broadcasted on the Hona Al-Quds online news website, its radio or the AQTV respectively as well as uploaded onto social networking sites.

Moreover trips to different locations in the West Bank where the participants entered into dialogue with different youth groups and media outlets increased the mutual understanding of the situation of the other and establish networks among them. Some of the participating youth remained part of the Hona AlQuds network after the end of the project and even generated some income by selling their reports as free-lance reporters.

The project was funded by the U.S. DEPARTMENT OF STATE MIDDLE EAST PARTNERSHIP INITIATIVE