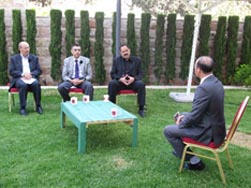 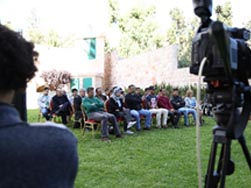 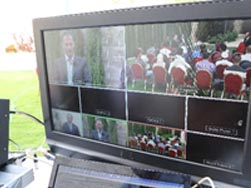 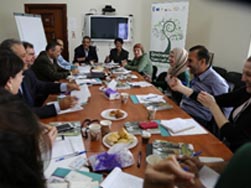 The object of the project Environmental Town Hall Debates is to enhance the capacity of SGP grantees and other relevant stakeholders to raise awareness of environmental issues through media and thereby actively impact and influence civil society as well as government policies. The action is seen as the next step to the networking and visibility effort conducted with NGOs working in the environmental sector during the Knowledge Fair in 2013.

Over a period of eight months several capacity-building and awareness-raising activities including a media training for the most committed NGOs on how to make use of media in order to campaign for environmental issues generating support from civil society and thereby putting pressure on the government will be implemented. After having identified in the course of common workshops the most pressing environmental issues, AQTV will produce ten short TV reports to be presented at ten town hall debates where decision-makers, NGOs and other relevant stakeholders will be discussing the respective issue in front of an audience consisting of local community thereby giving civil society the opportunity to participate. The debates will be covered through the Hona AlQuds Community Media Network through radio and reports and be broadcasted on a Palestinian Satellite Channel and on AQTV. Moreover, they, together with the TV reports, will be made available online on the NGO’s websites, the GEF Program’s website and on Hona Al-Quads Community Network.