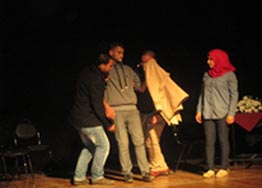 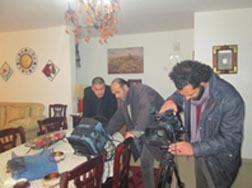 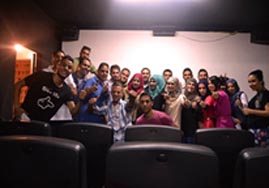 The overall goal of the project was to encourage citizen engagement in Rule of Law procedures by increasing their understanding of and trust in the justice sector’s instruments through utilizing interactive drama. By highlighting the importance of the Rule of Law and the successes in the accomplishment of rights within the framework of the justice sector, the project seek to increase people’s confidence in and readiness to engage in the justice sector’s institutions, thereby strengthening its legitimacy. More specifically it aimed at educating people on their rights and entry points to available services if those rights are being violated and foster engagement with the Rule of Law in Palestinian youth. A special focus of the project was about the engagement of youth and raising awareness of the issue of gender based violence.

The 40 participants used their theoretical knowledge in Rule of Law and their acquired skills of creative methods of raising awareness to produce media pieces in assistance of AQTV and their trainers. Based on their input a consultant wrote four scripts for the TV episodes dealing with Rule of Law issues and the justice sector and one script for the theatre play dealing with gender based violence, which was revised by legal and gender consultants on their relevance and correctness. The TV episodes were then filmed and edited into episodes of about 10 min lengths. The episodes were produced, while communicating correct information on a serious subject. The episodes dealt with different legal aspects and showed scenarios in which rights of citizens are being violated and conclude with three alternative endings on how the situation could be resolved.

This project was funded by USAID