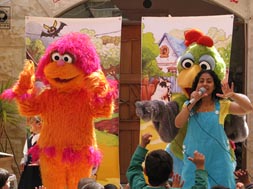 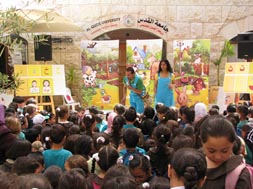 Share’a Simsim was Al-Quds University’s first locally produced educational television series for children.  This Palestinian based version of Sesame Street engages young viewers and entertains as it educates and empowers. It aimed at instilling confidence and appreciation towards their Palestinian identity as well as respect for “the other” in preschool children.

Moreover the production of the series sought to build capacities in the professional Palestinian media sector to produce and distribute educational media and champion social values.

In addition to the production of altogether 52 episodes that were broadcasted over a period of two years, the IMM orchestrated the production and distribution of educational outreach material for seasons four and five.

Although USAID funding for the production of these programs had been cut, the IMM maintained an active collaborative relationship with The Sesame Workshop New York.

Funded by The Sesame Workshop N.Y. and produced in partnership with the Palestinian Educational Media Network.